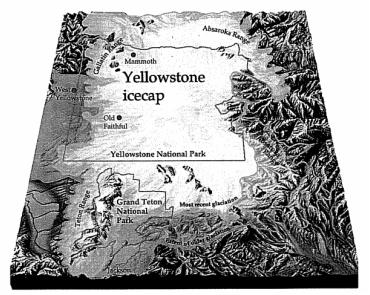 Map of Yellowstone glaciation
Primary succession occurred in Yellowstone during the Pinedale Glacial Maximum. Glacial ice covered the area over Yellowstone lake and removed all of the soil and vegetation in the area, setting the stage for primary succession. After the glacial period, streams and lakes began to form as well as soil. Plant and animal life started to recolonize the region. Tundra and Steppe vegetation formed first and was replaced by subalpine and montane parkland as the climate changed. Recolonization continued and the park area is now filled with bison, elk, wolves, cutthroat trout, and open vegetation types such as Douglas fir woodlands. 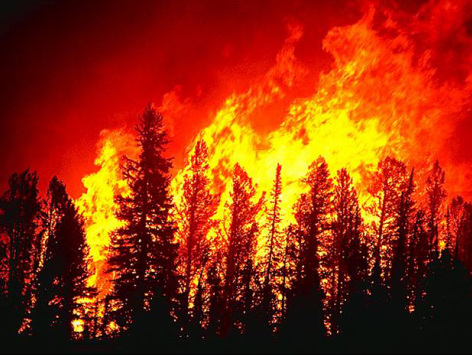 In Yellowstone, secondary succession was seen following forest fires in 1988. 1988 in Yellowstone marked a year of severe drought. Very large fires swept through the park, fueled by attempts of suppression. Surveys indicated that 793,880 acres of land burned. The fires destroyed a large portion of the biological life present in the areas affected by the flames. However, the area was not left completely annihilated.  Life survived and redeveloped. The area was observed specifically in 1999, where slow regrowth was seen in some plant species. Biologists believe that the slow growth was due in part to the cold climates. In the years following the fires, ample precipitation allowed for high amounts of wildflower growth. This was also due to the short-term effects of ash and nutrient influx. Lodgepole pines quickly rebounded because of large seed densities in the area. Native grasses were some of the first vegetation to grow following the fires. Pine saplings were seen shortly after the development of grass. As more pines and larkspur started to appear in the area, more animals began appearing in the environment. Elk began to migrate into the area affected by the fires and were observed feeding on burnt bark. 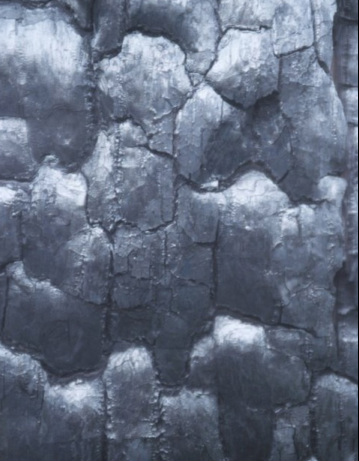 So You Want to See More?

Animation showing the spread of fire in Yellowstone: http://mms.nps.gov/yell/flash/fires88/fire88.htm