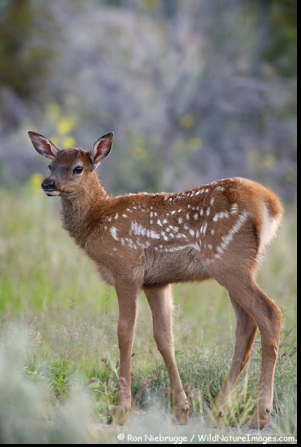 An elk calf
One of the most prominent predator/prey relationships is that of Coyotes and Elk. Predation on this larger mammal provides a vital food source for the coyote. Predation on Elk is seen on their calves shortly after birth as well as “short-yearlings,” which are elk just before one year old. Adult elk are pursued by the elk during the winter in Yellowstone. However, the coyote is not always successful. Researchers in Yellowstone have observed both successful and unsuccessful attempts at predation on elk calves. Occurrences of elk preying on adult elk are few and far between. Researchers Gese and Grothe observed nine winter attempts in Yellowstone in 1995. Only five of the nine attacks were successful. Evidence has suggested that the attacks on adult elk are more successful when they are led by the alpha male. Typically, coyotes attack larger prey from the rear or the flanks of the prey. Some studies show that coyotes attack in small groups, whereas others include all pack members. Elk serve as a very important organism in Yellowstone. The coyote population rests on the population of elk in the park. The coyote population increases when there are higher populations of elk, especially young elk. 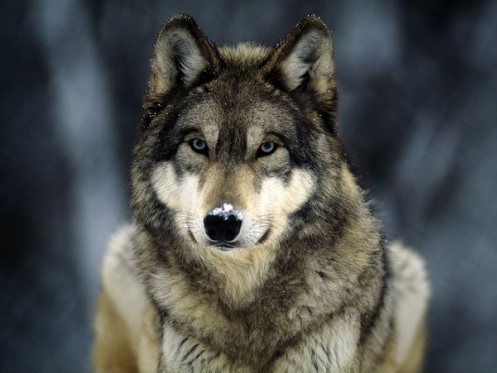 The Role of Predation