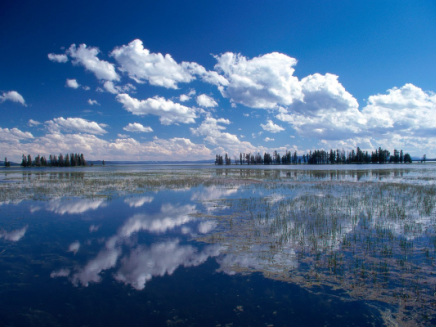 Photo showing a body of water in Yellowstone.
Abiotic factors are factors in the ecosystem that are not associated or derived from living organisms. In Yellowstone, abiotic factors include water, rainfall, sunlight, temperature, precipitation. Water affects the Yellowstone ecosystem because it is needed for all living things. Each organism needs water to survive. If water was removed from Yellowstone, the biotic factors of the park would perish. In Yellowstone, rainfall can dictates the type of plant growth in the area. Drought can decrease plant growth, which can affect Yellowstone’s food chain. A decrease in producers causes a decrease in food source for primary consumers. Sunlight is another important factor because it is also needed for life. Sunlight is needed for plants to grow and for other organisms to survive. An important factor in the Taiga biome is the temperature. The temperatures in Yellowstone dictate what types of organisms grow or reside in that area. The temperature can vary greatly in different parts of Yellowstone and can yield many different types of life. Many different organisms have ideal temperature ranges for living. 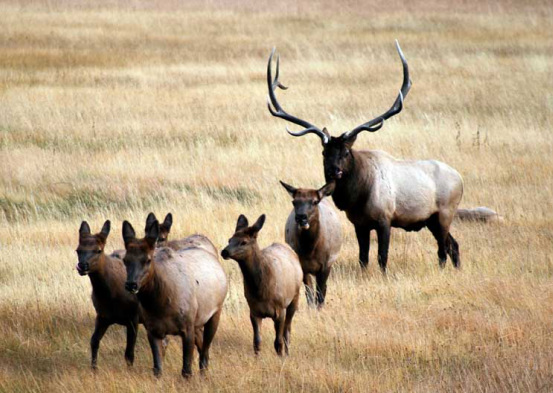 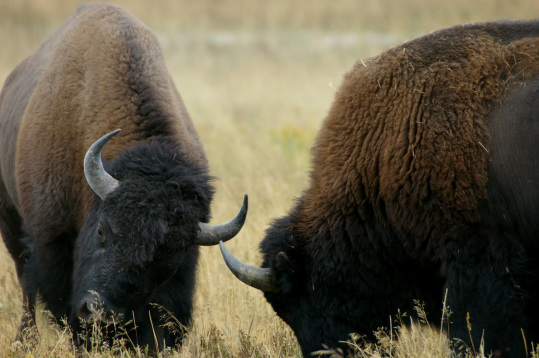 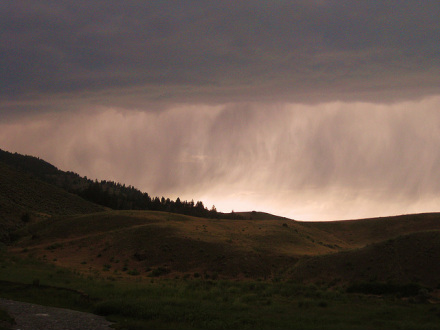 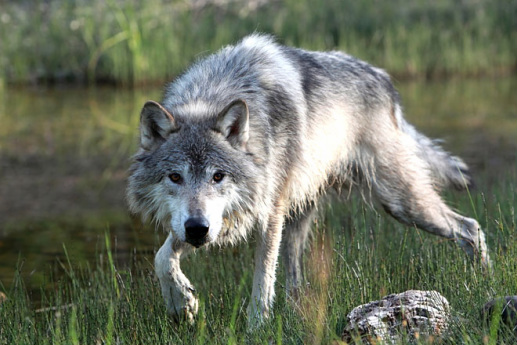 Gray wolf walking
Density-dependent limiting factors affect the size and growth of a population based on population density. In Yellowstone, the competition for resources is a very important limiting factor. An increase in population size decreases the amount of available resources, which then limits the size and growth of a population. For example, an large increase in the wolf population limits the amount of elk that are available to feed on. In turn, the wolf population would decrease due to lack of resources. The competition for land space to establish territories is another density-dependent factor. This is a behavioral mechanism that could limit the amount of animals one area could hold, limiting population growth. High population densities may result in stress syndromes, which could potentially result in hormonal changes in some organisms. These hormonal changes may delay the onset of reproduction, which can limit the number of individuals in a population and the population growth. In addition, disease can spread rapidly in populations with higher densities. The spread of disease can cause many individuals in a population to die, which limits reproduction and population growth.